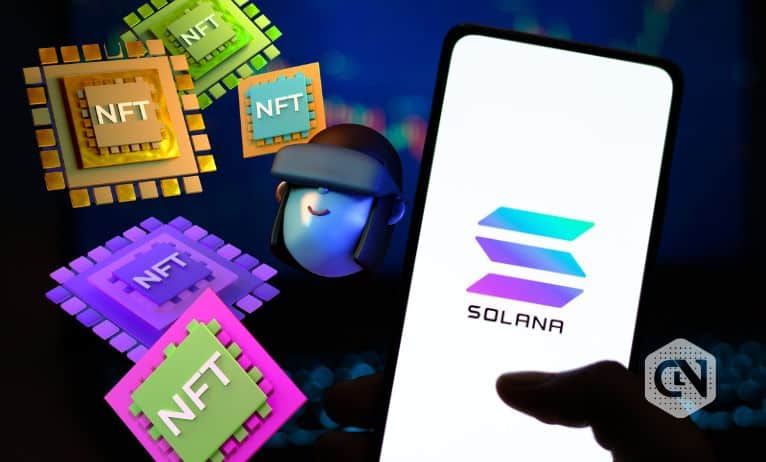 Steve Aoki recently announced the release of another NFT drop on the Solana network. The renowned music producer released hit NFT collections like Dream Catcher in 2021.

Shortly after the collection, Steve initiated an NFT membership community called A0K1VERSE. Steve Aoki is no stranger to the Metaverse. In July, The GRAMMY-nominated music producer, Steve Aoki, has announced about entering The Sandbox in 3,333 digital avatars.

Now Aoki is working with Heavy Metal and Neon Future, emerging as one of the most popular names in the metaverse. Heavy Metal, Aoki’s science fiction magazine released back in May 2022. Now, NFT enthusiasts can own this artwork alongside 777 cover-art-inspired non-fungible tokens. The 777-piece NFT collection will comprise hand-drawn one-by-one signatures.

Out of all the signatures, 43 will be done by Aoki, 43 by Greg Hildebrandt, and 43 by Tom Bilyeu. Some lucky users can even mint one of the seven NFTs with the signature of all three individuals.

Put together by Greg Hildebrandt, the collection represents characters from Neon Future by Tom Bilyeu. The allowlist for this NFT collection starts on August 29th, 2022, at 9:00 AM PST for 1 Solana.

On the other hand, the public sale will commence at 2:00 PM PST for 1.5 Solana. The much-anticipated NFT collection is set to be launched on Oddkey with a limited edition Heavy Metal cover.

Greg has been in the visual art industry for years and is best known for designing the 1977 Star Wars poster. Matthew Medney, Heavy Metal Magazine’s CEO, also discussed recent developments.

As per Medney, the blend of Neon Future and Heavy Metal through the vision of Greg Hildebrandt is sure to be spectacular. With Todd McFarlane added to the equation, the NFT collection brings together 70 years of horror, fantasy, and science fiction.

Greg has previously worked in the NFT industry, creating a poster for Rule the Mob project. This was also done in collaboration with Heavy Metal Magazine and Artists Fund. Given the involvement of such renowned personalities, the project is sure to rack in huge success.

Bitcoin: 2022 saw the most amount of Bitcoin withdrawn from exchanges, over 20%