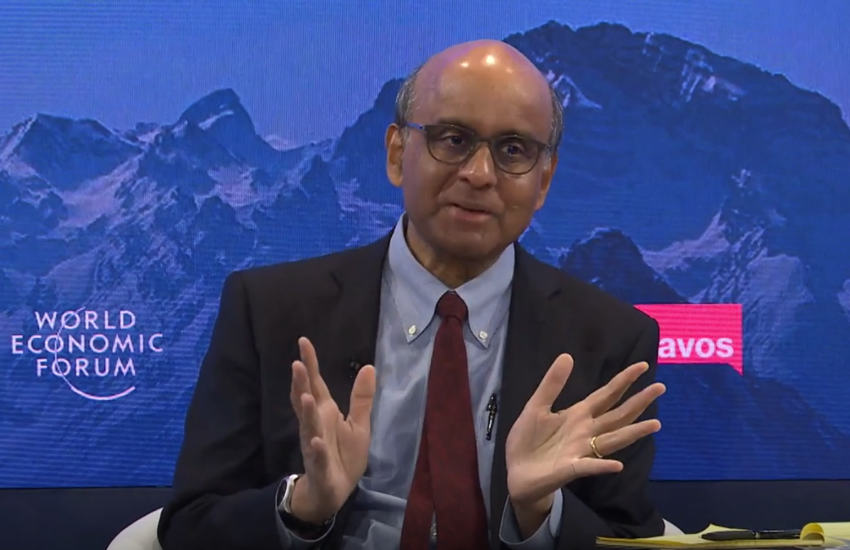 He said there was no question about the need to regulate crypto for money laundering, but beyond that, his preference is to educate consumers so they understand that it is a risky, unregulated space. And if someone wants to invest, they do so at their own risk and expense.

The Minister, who is also the Chairman of the Monetary Authority of Singapore (MAS), believes if you start to regulate crypto in a similar way to banks or insurance companies, that may not be the right path. “I think we’ve got to take a step back and ask the basic philosophical question: does that legitimize something that’s inherently, purely speculative and, in fact, slightly crazy?” said Shanmugaratnam. “Or are we better off just providing ultra clarity as to what’s an unregulated market?”

He made two qualifications. One is where crypto or blockchain technology is used for the same activity as traditional finance. In that case, exactly the same regulations will apply. But there’s also a desire to regulate some specific crypto segments, stablecoins in particular.

On that point, a stablecoin consultation opened by MAS last year also showed a departure from groupthink. For example, if a stablecoin is issued in multiple jurisdictions, including Singapore, MAS wants to have some assurance about the entire issuance, including in other jurisdictions. This is an important topic that others have not taken on board.

Mr. Shanmugaratnam also spoke about the potential for blockchain to make global payment systems more efficient. “It may well be that there’ll be some blockchain applications that can provide some disruption and some needed innovation there,” he said. But at the same time, he believes there’s a need to interlink traditional real-time domestic payment systems, RTGSs. He sees that as an alternative response to blockchain innovations.

Meanwhile, Singapore is very active in blockchain for cross border payments. It was one of the earlier drivers of research into central bank digital currency (CBDC) through MAS’s Project Ubin. One outcome of that is a private initiative for multi-currency payments, Partior, co-founded by JP Morgan, DBS Bank and Temasek.

MAS has also expanded its CBDC activities. It initiated Project Dunbar, a single platform for multiple CBDCs. And more recently, it launched Project Ubin+ for cross border CBDC research. This multi-pronged research program includes a collaboration with the Federal Reserve of New York  as well as a separate alliance with the central bank of France and Switzerland to experiment with automated market makers (AMM), a DeFi tool, for foreign exchange in cross border payments.

Will January See The End of APE’s Recovery?