in Regulations
Reading Time: 6 mins read
A A 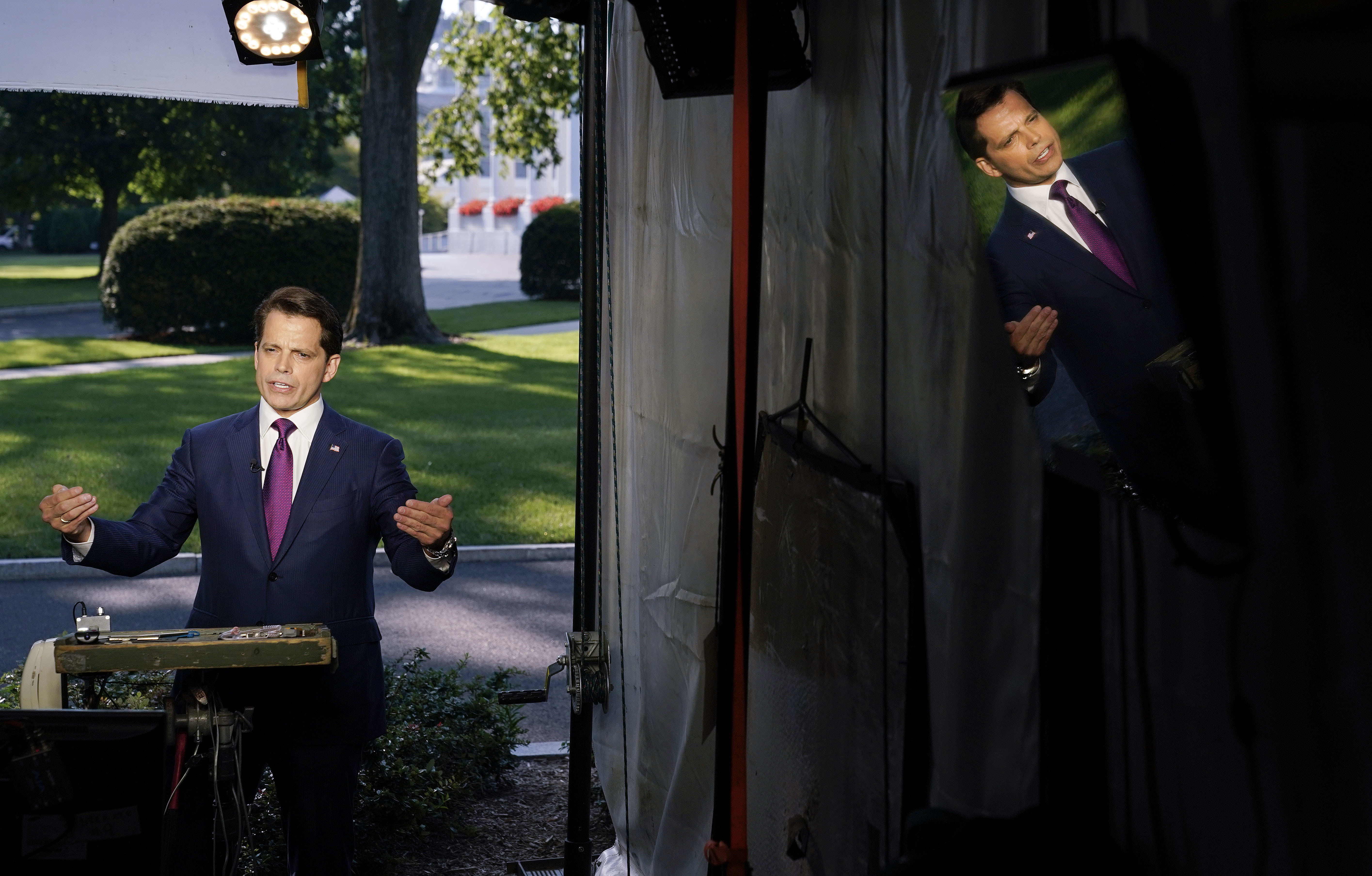 Scaramucci, a Wall Street veteran, is an institution in Davos: He holds court in hotel lobbies, will talk to anyone who stops him on the street, and hands out 100-point red wines at one of the week’s most sought-after parties. For several years, Scaramucci was also the most valuable thing of all to the nervous global elite — a Trump translator.

This year, he came to the Swiss Alps to save his own bacon. Sam Bankman-Fried, the now-indicted former head of FTX, invested nearly $45 million in Scaramucci’s SkyBridge Capital before the exchange collapsed and Bankman-Fried was arrested in the Bahamas. That represented 30 percent of SkyBridge’s business.

Scaramucci isn’t giving up on crypto, and he’s been making the case at Davos to lawmakers and investors that the market is still strong, despite a slew of bankruptcies and job cuts, plus a cratering of market value by two-thirds since the highs of fall 2021.

“There are skeptics. But what are they not trusting? Ultimately, they’re not trusting people,” Scaramucci said. “If you get somebody like Sam — who I was close friends with — that’s a betrayal of trust and that’s a friendship betrayal. Good fraud can fool people. [But] the technology is this wonderful. You can trust that I’m sending you money to your wallet over the blockchain, which is sort of this impregnable system.”

That’s a common refrain here among crypto evangelists on the Davos Promenade: Fraudsters are the problem, not the underlying technology, or the lack of regulation around it.

The EU’s finance commissioner Mairead McGuinness isn’t buying it. For many people, “crypto is like a religion. You either believe or you don’t,” she said. McGuinness insisted she herself would remain “agnostic.”

After the downfall of Bankman-Fried, once seen as the star and leader of the industry, crypto executives here are jockeying for the spotlight to try to make the case that they are the ones who can lead the industry out of the chaos and into the future.

They each offer different approaches to getting things back on track, from proposing new regulation to rebranding as blockchain companies, to throwing out new slogans about the math enabling “trustless trust.”

Vishal Kapoor, chief strategy and business development officer for the Chia cryptocurrency, said that rebuilding trust starts by recognizing the extent of the problem. He said the industry fell for the oldest trick in the book: “We put a trust in a person who was promising us snake oil, or in this case, some crypto tokens.”

Kapoor wants to reframe the crypto conversations around how to improve the technology and set aside the narrative about bands of rebels crashing the government-backed currency party.

In this worldview, blockchain is the next step in the evolution of internet technology, rather than a tool to evade scrutiny and regulation.

The crypto-backers at Davos are also plugging advances in blockchain technology that are addressing one major worry of regulators — the energy demands of many cryptocurrencies. (Some can use 5 million times more energy than others.)

Paolo Tasca, executive director of the Centre for Blockchain Technologies University College London, which published a study released last week into comparative energy consumption of blockchain networks, said Hedera’s global network can function on less energy than that used by a regular household. The finding surprised even Hedera executives to whom POLITICO spoke this week.

The question is whether all that politicking will be enough to kickstart a renewed wave of investment and support for crypto — and whether the public can trust crypto’s leaders.

Their message goes something like this: The technology is safe, reliable and innovative. You can trust us.

For Scaramucci, the message about trust is one he is trying to address head on, given the complications that have arisen because of his relationship with Bankman-Fried and his short stint in the Trump administration (he was removed from his post after 11 days). But, he said, it’s one he thinks he can win.

“Now that Trump’s not in office again, I’m back in favor,” he said, laughing.

In an effort to build trust, Scaramucci is trying to make the case in panels and side events this week that it is still smart — and profitable — to invest in crypto. He announced that his company is betting huge sums of money on Bitcoin in 2023.

“I’m old enough to remember the dotcom bubble bursting and many of my friends swore off technology stocks. Well, 22 years later, upon reflection, that was a bad decision,” he said.

“We have to regulate against the excesses and the greed,” he said. “I can’t tell you what the regulation’s gonna be. I predict that it will be onerous.”

McGuinness, the EU regulator, said crypto regulation is essential “not because today we’re worried that it will impact financial stability, but because it could, and we don’t want to see that.”

The EU’s crypto rulebook — the Market in Crypto Assets Regulation, which comes into force in the fall of 2024 — is the first in the world. It sets consumer safeguards against market abuse, corporate governance standards and disclosure requirements for crypto exchanges and companies in Europe.

McGuinness has young and new crypto investors in mind as she considers further regulatory steps. “It’s not that I want to protect them — because protection sounds like you’re telling them what to do. I want to alert them to the realities of crypto,” she said.

Scaramucci said he’s discussed a potential framework for regulation in multiple conversations with the members of the U.S. congressional delegation in Davos.

Faryar Shirzad, the chief policy officer for Coinbase, a self-custody crypto wallet, argued that the U.S. needs to get better at regulation.

“There’s two forms of dialogue occurring: One is the American version and one is the global version,” he said. “The American version is highly influenced by the uniquely fragmented nature of the U.S. regulatory system. In every other country in the world – Japan, Hong Kong, EU, UK – there’s a single market regulator and a single bank regulator.”

Coinbase, despite being one of the most regulated crypto companies, has run into problems with compliance. Earlier this month, the company agreed to settle with the New York State Department of Financial Services for $50 million after regulators determined it did not conduct background checks before customers opened accounts. The company agreed to bolster its compliance program.

“There were historical shortcomings in the systems that we had built that we’ve worked very, very hard to upgrade,” Shirzad said.

For now, the crypto parties continue, at Davos at least.

Forum-goers this week mingled among billboards exhorting them to “build the internet of everyone,” while drinking espresso martinis shaken with locally sourced organic ingredients. The Filecoin Sanctuary, a physical meeting space here hosted by the Filecoin company, was located in a local church that had been converted into a blockchain shrine.

Down the road from the main Davos Congress Center, a large billboard featured Benjamin Franklin behind an inscription that reads: “Benjamin meet Blockchain.”

It’s an advertisement for one particular crypto company, Circle. But it’s also an ever-present reminder of the message the crypto crowd is trying to deliver: The Founding Fathers would have believed and trusted in crypto. So you should, too.

Scaramucci tweeted a photo of the spectacle: “Good to see Circle educating people in Davos!”

Bjarke Smith-Meyer contributed to this report. 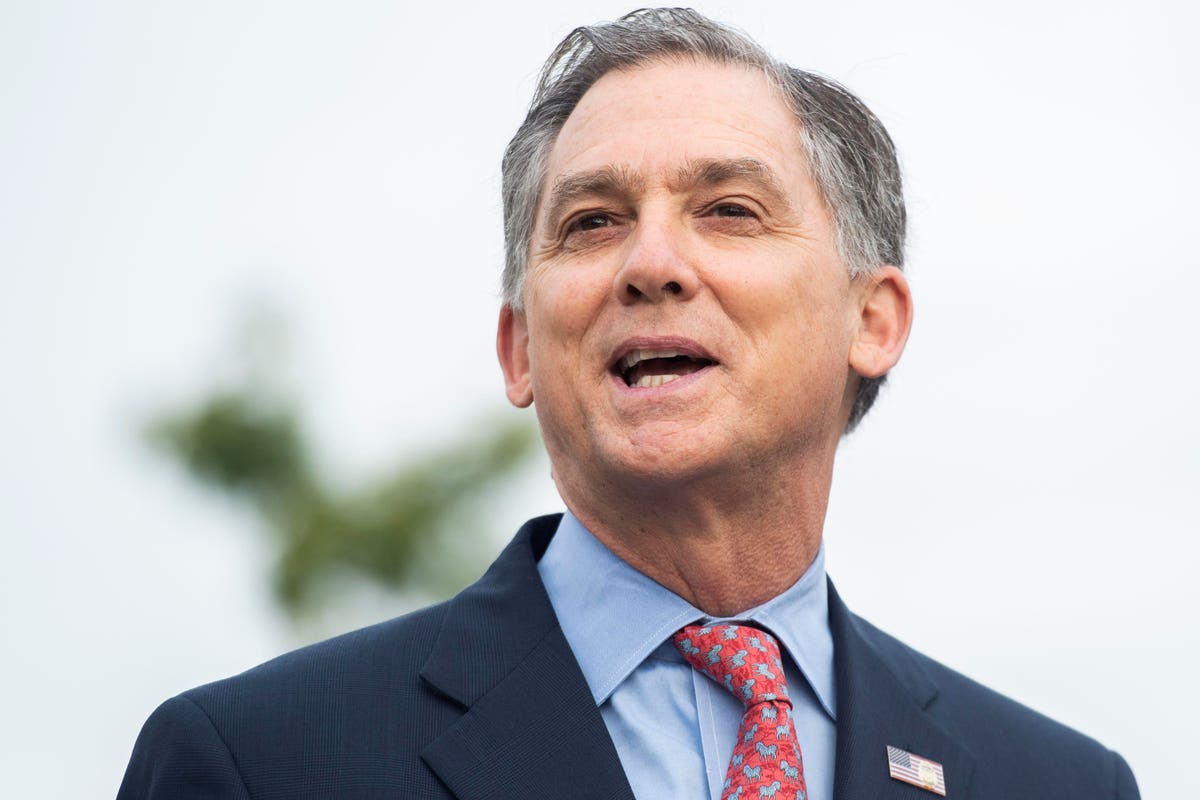 Crypto Outlook 2023: What are the emerging themes to watch out for?

Will Crypto Ever Be a Safe Investment?