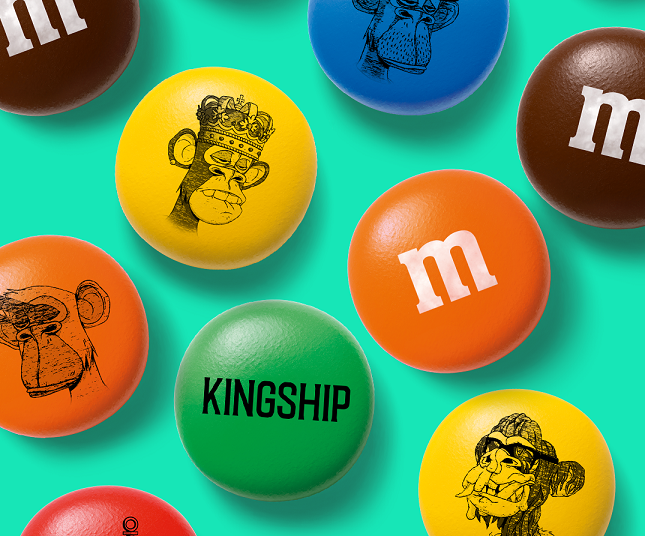 Does M&M’s need the Bored Ape Yacht Club? Or is it the other way around? Is this partnership cool or cringe? Is the KINGSHIP NFT superband a good idea? Those are more profound questions than they look. We’re talking about the future of music, NFTs, and commerce here. The rules for the next hundred years are being written as you read these lines. And M&M’s are somehow part of the story.

When Bitcoinist first reported on the digital NFT band, we described KINGSHIP as:

“A band consisting of four members – all digital. That’s right, the group has no physical identity and instead they will be an NFT. This has the potential to be a wave that might change how we look at artists. Kingship consists of a Mutant Ape and three Bored Ape characters, including rare Golden Fur and Bluebeam Apes.”

The band is the creation of 10:22PM, Universal Music Group’s label dedicated to technological avant-garde projects. In a recent press release, both the band and M&M’s announced the limited edition candies.

“Just 4000 have been created in total: The Gold edition, the rarest version, comes in a white and gold foil gift box and includes custom printed candies with KINGSHIP group members Captain, KING, Arnell and Hud in individually numbered boxes from 1 to 100. M&M’S will also produce only 3,900 exclusive celebratory gift boxes in Brown. Additionally, there will be 6,000 gift jars of the candies, available TODAY to fans in the U.S.”

That’s right, US readers can still get them on M&M’s special landing page for the collaboration.

“Consumers’ expectations for what they want from their favorite brands has shifted, and at Mars, we know we need to be more innovative than ever with such a culturally famous brand like M&M’S. We’re excited to continue our Mars foray into the metaverse through this partnership with 10:22PM and KINGSHIP, as a way to engage our fans in a new and exciting space.”

1/ KINGSHIP is all about inclusivity and paying homage to rock ‘n’ roll legends. Their rider, which is a list of items the group requests to have backstage, always includes M&M’S chocolate candies of all colors. #KINGSHIPxMMS pic.twitter.com/AMWPfQ5EXp

The second one is courtesy of Celine Joshua, founder of 10:22PM and the creator of KINGSHIP:

“KINGSHIP is a group dedicated to the art of storytelling, so it was a great opportunity for us to both pay homage to rock’n’roll history, and one of the greatest bands of all time, but also create a unique fan experience for those that have joined this community at the start of their journey.”

They created a whole story around KINGSHIP’s rider and the legend that, at their peak, Van Halen had a clause that prohibited brown M&M’s backstage at their concerts. The thing is, KINGSHIP’s story is awful. We won’t bother you with it. Let’s go straight to the NFT business side of things.

The band has not released any music whatsoever, but last month KINGSHIP sold “5,000 access-enabled Key Cards” in NFT format in 24 hours. And this is the first perk that holders got, they “were the first to know about this exclusive collaboration and were given an early opportunity to access the products.” That’s innovative and shows potential. 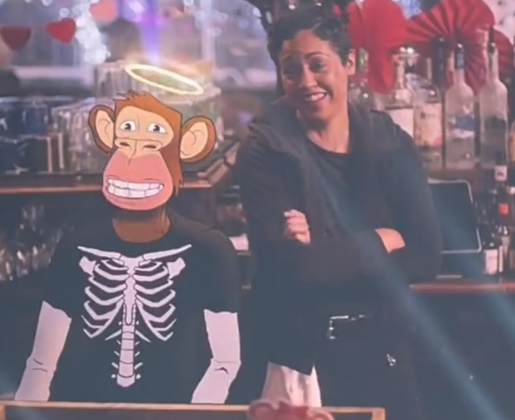 If you’ve Cardano in your portfolio, here’s what you should know

What’s Next For Bitcoin (BTC) & Ethereum (ETH) Prices in the Coming Week?