Mercury Wallet is pitching itself as Bitcoin’s answer to scalability, privacy 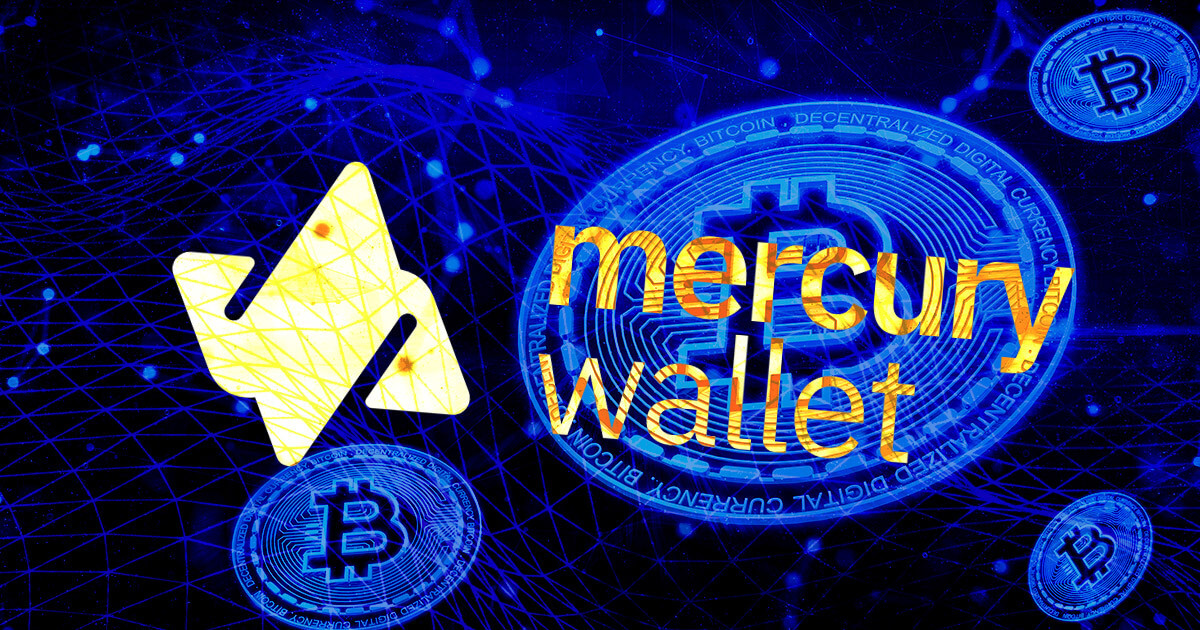 The talk was particularly pertinent considering recent events at Tornado Cash, which have fueled debate on Bitcoin’s superiority, at least from a censorship resistance standpoint.

With the Merge fast approaching, censorship risk remains an unresolved issue for Ethereum investors. Particularly as the switch to Proof-of-Stake potentially further exposes the protocol to sanction compliance, but this time via staking validators.

While Bitcoin is not 100% immune from censorship risk, for example, risk exposure via CoinJoin or the Lightning Network, the general sentiment is that Proof-of-Work mechanisms remain more robust when it comes to operating trustlessly.

The U.S. Treasury added Tornado Cash to its Office of Foreign Assets Control (OFAC) list on August 8. Officials alleged that the crypto mixer was responsible for laundering over $7 billion in illicit tokens since 2019.

The fallout saw Tornado Cash’s USDC wallets blacklisted, the devs booted off Github, and the website was taken down. Adding insult to injury, addresses interacting with the blacklisted wallets were also flagged. Tron founder Justin Sun tweeted that Aave had blocked his account after a malicious prankster sent him 0.1 ETH from a Tornado Cash address.

This sledgehammer approach was intended to isolate Tornado Cash and penalize every entity that had used the protocol. However, as the non-profit organization Coin Center pointed out, the sanctions were a gross overreach of legal authority that potentially infringed on human rights and free speech. More so, as the protocol, being a neutral tool does not fit the definition of a sanctionable person.

“This action potentially violates constitutional rights to due process and free speech, and that OFAC has not adequately acted to mitigate the foreseeable impact its action would have on innocent Americans.”

Critics further argued that the OFAC actions also assumed every Tornado Cash user had criminal intent. Yet, Ethereum co-founder Vitalik Buterin said he used the protocol in an innocent way when donating to the Ukrainian fundraising campaign.

With that, protecting personal privacy in the face of governmental overreach becomes all the more important, and Gregory thinks he may have the solution in Bitcoin Statechain technology on which Mercury Wallet is built.

Statechain is a Bitcoin layer 2 solution that focuses on improving transaction privacy. Similar to the Lightning Network, it works by moving transactions off the main chain onto its own chain to enable instant and low-fee private transactions.

In essence, Mercury Wallet never custodies or controls funds. Instead, value is transferred by giving the recipient the private key to the sender’s wallet. Under this system, the amount of Bitcoin sent in a transaction is fixed once a user creates the Statechain (the UTXO), meaning it cannot be split into multiple different amounts.

“For example, if you want to send 1 Bitcoin in one transaction to a friend (lucky them) and you create a statechain, you can’t then send 2 x 0.5 BTC transactions, it has to be 1 x 1 BTC as that is the UTXO which defines the amount to be sent.”

However, users must trust that the Statechain provider does not collude with the previous private key holder. Based on upholding the reputation of Statechains, the above scenario is deemed unlikely. Especially as each transaction has a different private key, and the bad actor would need all prior users to agree to defraud the system.

In developing Statechain technology and creating the Mercury Wallet, Gregory said it was done to make Bitcoin easier to use “with regards to scalability and privacy.”

Discussing Mercury Wallet with CryptoSlate, Gregory pointed out that the way it works shatters the tenet of “not your keys, not your coins,” which he finds highly entertaining.

“Mercury Wallet is an alternative scaling solution. What I like about it from an entertainment point of view is it breaks one of the foundations of Bitcoin – not your keys, not your coins. Well Mercury allows you to pass around private keys.”

Nonetheless, by his own admission, he conceded that “not many people know about it,” and the project also suffers from low liquidity.

To address these issues, the wallet developer said the team is looking to widen Mercury Wallet’s appeal by making it “blinded.” Meaning that the protocol will not know the details of transactions passing through the system, and it then becomes impossible to collect data.

“Blinded means we won’t know what we’re doing, which is great from a regulatory point of view in that we won’t be able to collect any data.”

To bootstrap liquidity, Gregory said plans are in place to sell Statechains paid for with Bitcoin to bring more liquidity into the network. Statechain buyers would be given “Statecoins,” which represent the Bitcoin held in the Statechain.

This will bring more liquidity to the protocol and enable Sidechain owners to transact the value of Bitcoin holdings without interacting with the main chain.

Gregory hopes these changes will be enough so that when Bitcoin layer 2s are mentioned, Statechains are in equal consideration with the Lightning Network.