Ethereum is the second biggest Cryptocurrency in the crypto industry and here Ethereum doesn’t need any kind of Introduction but in the present Ethereum is traveling through that era of the digital world, where it needs to step with the actual need, what people want like efficiency & low-cost transactions. The developers are working to shift the Ethereum blockchain from Pos to Pow consensus.

Stealth Address is a special type feature that can be added to any blockchain but needs talented developers who can implement it without any issue. In the past, Ethereum developers talked about this technology but now this concept is getting significant traction in the Ethereum community.

If Stealth Address will be introduced in the Ethereum blockchain then Soulbound tokens based on the ERC-721 token format can become completely anonymous, which makes it more secure for usage. But the main problem associated with this thing is new questions about the decentralized nature of the blockchain network.

However, this concept is out of context for the Ethereum supporters because people believe that Ethereum blockchain doesn’t need this kind of concept technology use because Ethereum blockchain may lose some transparency features and may welcome some issues, for example people can misuse the platform by remaining anonymous.

However there are already many anonymous-focused cryptocurrencies like Monero, and Litecoin, So there are chances that Ethereum developers may ignore this plan.

Bitcoin (BTC) has lacked a significant leg up as bears continue to bite. Nevertheless, Bitcoin hodlers are not relenting in...

Join Our Telegram channel to stay up to date on breaking news coverage Bears are dominating SHIB market, targeting previous...

The downturn in the broader digital currency ecosystem has hit some notable billionaires in the US, pulling four names out... 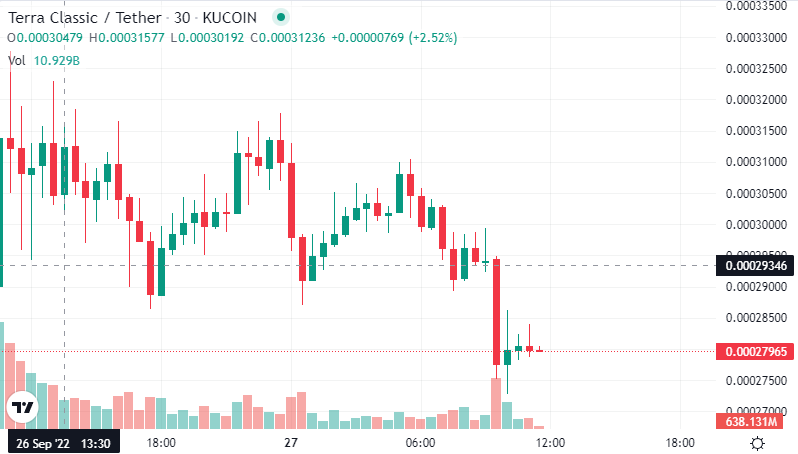 Join Our Telegram channel to stay up to date on breaking news coverage Terra Classic Price saw an uptick by...