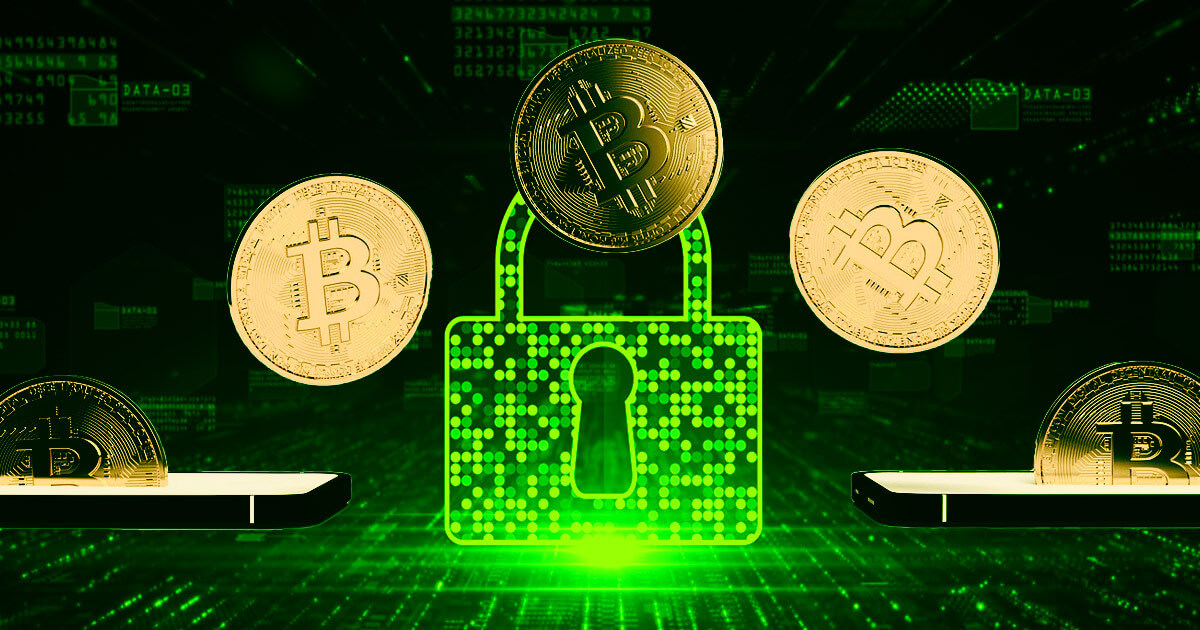 On August 8, the U.S Treasury added Tornado Cash to its Office of Foreign Assets Control (OFAC) list. Officials alleged that the crypto mixer was used to launder over $7 billion of crypto tokens since its inception in 2019.

This included over $455 million in tokens stolen from the Axie Infinity Ronin bridge hack, which North Korean-affiliated Lazarus Group claimed responsibility for. And the Harmony bridge heist, in which hackers netted a total of $96 million.

Since then, several third-party vendors moved to sever their ties with Tornado Cash, including Circle, which blacklisted the company’s USDC wallets. The net result of sanction compliance saw the platform shutter its operations.

There is a fear that the U.S. government is deliberately targeting privacy-focused crypto projects by ramping up its regulatory efforts. In doing so, personal freedoms and the right to privacy may be further eroded.

However, a variety of Bitcoin developers, including Mercury Wallet developer Nicholas Gregory, have been working on transaction privacy for some time. While their work remains relatively unnoticed, the actions of the U.S. Treasury in sanctioning Tornado Cash have inadvertently thrown a spotlight on this area.

Bitcoin is an open ledger

Bitcoin transactions are publically viewable and permanently stored on the ledger. Bitcoin addresses are pseudo-anonymous, meaning the only information tagged to them is the flow of transactions.

But, once an address is used, it “takes on” the history of all transactions that have interacted with that address.

While this setup doesn’t directly reveal one’s identity or personal information, off-ramping, usually done at a centralized exchange with KYC requirements, will link transactions to a person. Non-KYC P2P marketplaces exist, but the exchange rates are generally unfavorable compared to CEXs.

Privacy experts often recommend using a Bitcoin address only once. However, as most wallets do not offer a perpetual address feature, the practicalities of using a single burn address for every transaction are unrealistic for most average users.

Crypto mixers offer a degree of privacy by mixing traceability between users, thus obfuscating direct transaction flows. However, a great deal of trust is placed in the mixing service not scamming users or keeping transaction records.

With crypto adoption growing over time, scant consideration has been paid to the monitoring and censorship of personal transactions. Since the Tornado Cash sanctions, people are beginning to reassess the potential monitoring of blockchain transactions and the threat this poses to personal privacy.

Removing a person’s ability to transact could be viewed as the content of dystopian nightmares. Yet, far from being science fiction, this is happening now, with the recent Canadian protests being a prime example of discontent.

In February, Canadian truckers protesting the vaccine mandate had their GoFundMe account frozen on the orders of law enforcement. At the time, the truckers had raised a total of CAD$10 million.

Shortly after, as cryptocurrency was used as a way to circumvent the GoFundMe ban, Prime Minister Justin Trudeau enacted emergency measures giving authorities the power to freeze or suspend bank accounts without a court order.

Pierre Poilievre’s decisive Conservative Party leadership contest win showed a growing awareness of the problem in Canada. Poilievere’s campaign centered on reducing the size and scope of government, greater personal freedoms, and advocating for cryptocurrencies. He also voiced support for the truckers and attacked the World Economic Forum.

In the weeks following the Tornado Cash sanctions, interest in privacy solutions, such as CoinJoin and Mercury Wallet, has been gathering momentum.

Speaking to CryptoSlate, Gregory discussed the importance of blockchain privacy. In particular, he thought it key to point out that while Mercury does offer users transaction privacy, first and foremost, the protocol is a layer 2 running on Statechains. This technology operates by swapping outputs between unknown participants.

The benefit of this method is that the swaps do not occur on the Bitcoin open ledger, making transactions untraceable for a blockchain analyst. In addition, as the Statechain has a larger block size base layer capacity, the system is much more scalable than the main chain.

Taking a Bitcoin UTXO, the technology enables a collection of various states of transition. In essence, the UTXO, or private key to access the transaction output, can be sent between users, meaning ownership changes, but the funds do not “flow.”

Gregory believes that if Bitcoin is to be used as money, technologies such as Mercury Wallet can help bridge the current fungibility gap. With that, he remains hopeful that the value proposition of Statechains will draw in more users to the Mercury platform.

“I hope that the technology behind Mercury, Statechains, becomes one of the scaling layers of Bitcoin. I think it will. There’s a lot of synergies between that and Lightning, it solves a lot of problems that Lightning solves…”

As an added pull, and to counter the issue of privacy platforms keeping transaction records, Gregory mentioned that devs are working on making Mercury “fully blinded.” In doing so, the protocol will not collect any user data.

With additional efforts centered around selling Statechains to bring in more liquidity, Gregory is optimistic that the incentives will be in place to spur a flood of new users to the platform.

Crypto winter: A lot of regulatory good can still emerge

What Steps Need to Happen Before Shibarium Launch?