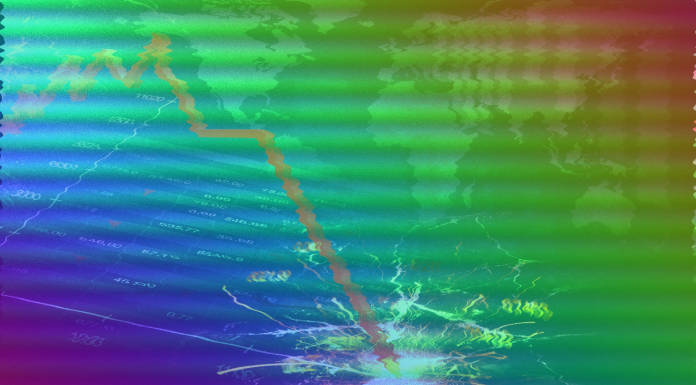 Bitcoin and crypto struggle after a hot August.

The Bitcoin And Crypto Crash

Taking some by surprise, Bitcoin and crypto got hit hard Friday. Bitcoin (Ticker symbol: BTC) is down 10% trading in the $21,100 USD range, while the global market is down almost 9% with a total of just over 1 trillion in market cap. Bitcoin had recently hit 25k USD.

Taking a look at the top 100 reveals that the only coins flashing green are of the stable variety. DAI, USDC, etc., are all up but by like 0.3 percent. When stablecoins are the only ones in the green, you know you just had a pretty bad day.

$BTC really did the same thing at 40k, then 30k, now at 20k, and calls for the start of the new bull run were made at every single level.

Looks like someone screamed “fire” in a crowded theatre. pic.twitter.com/a5vGSaiLFj

The Friday crash took some by surprise after the strong month of August. But not coincidentally, the massive losses occurred during a Friday options day. Mid-month big leverage wipeouts are just part and parcel by now. Some just hit harder than others.

Why It’s Nothing To Worry About

Unfortunately, just because the losses were so great so far in 2022, a brief run up doesn’t mean we aren’t subject to profit taking.

Those we bought at 19k were obviously thinking it be a good time to sell at over 25% profit. Might seem short-term, but then again it’s Bitcoin. Some people are just in it for a quick buck, your inflation thesis be damned.

Nevertheless, there are some really good signs that this crash shouldn’t be worrisome.

The Fear And Greed Index is still flashing “fear.” However, it’s up significantly from June when it flashed a 6 (“extreme fear”). More importantly, today the index is actually up from Thursday.

Perhaps after this day is over that number will change a bit. But the 33 is still after Bitcoin and Ethereum had both been underperforming during the week. Not to mention, there was a bunch of fear surrounding HUSD, and FUD around Cardano and Vasil.

All in all, things are looking good. Especially if you zoom out. Taking a look at Bitcoin on the year-long chart we can start to see a familiar pattern.

Last year, we saw dips toward the end of August after a similar hot run-up. September saw a pretty big dip — around “Bitcoin Day” — but then a huge run-up again after the futures ETF was announced.

Of course, that all came crashing down this year, but still it was fun while it lasted. And, most of us would take that at this point.

This September doesn’t feature a catalyst like Bitcoin Day coming up, so it will be interesting to see how the market reacts. Similarly, the fall doesn’t have anything Bitcoin related. However, there is the ETH merge to look forward to. Also, Vasil will actually happen at some point. So there’s that.

Not to mention, October and November are generally strong months for markets in general. So all signs point to a solid fall, but with some likely bumps in the road, like the one we saw today, ahead.