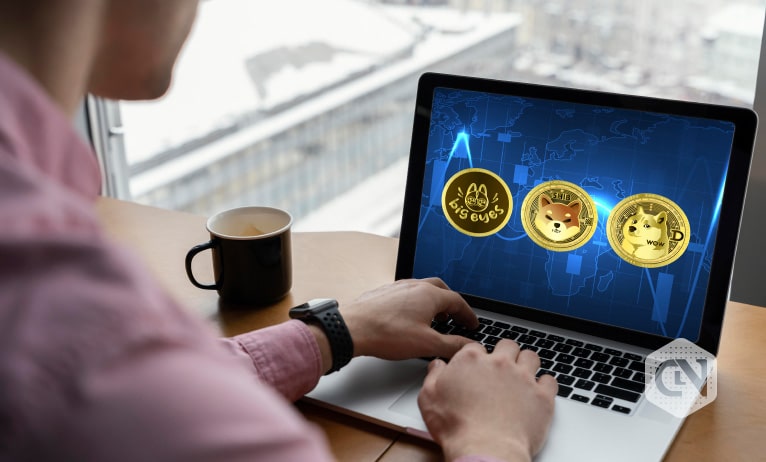 To better understand how innovative the existence of a unique cryptocurrency like Big Eyes Coin (BIG) is, it’s important to understand meme coins, their history, and what makes them so special. Meme coins are cryptocurrencies created with a healthy dose of comedy. ‘Meme’ is the term for a humorous image or video, usually one with varying copies and often used by individuals on social media.

Meme coins are very similar, as they are cryptocurrencies inspired by a viral meme. While their creation may have been born out of humor, meme coins have become very successful in the crypto market and have done quite well in helping users monetize their interests in memes.

Meme coins have helped change how the world views viral memes by creating a space for their holders to have fun with their hobbies and monetize them.

Memes often have the interest of several demographics of people. Users delve into the world of meme coins to enjoy their interests, their comical side, and to be part of a community of like-minded individuals. For example, the new meme coin Big Eyes (BIG), created after a cat, draws in the demographic of people who love cute animals and funny and beautiful art.

Can the Cuteness of Big Eyes Coin (BIG) Be to its Advantage?

Yes, the cuteness of the Big Eyes Coin (BIG) token can certainly draw in people and be used to its advantage. People will gravitate towards the token because of how cute it is and how much it may remind them of their cute cats or pets, and they may pick an interest in Big Eyes (BIG) because of this reason.

If NFTs are being created to portray the cute image this token represents, there will be people rushing to gain a hold on the NFTs just for the simple fact that it reminds them of a cute cat they own, but that can then have the potential to go from cute only to big gains.

What Is Big Eyes Coin (BIG)?

Big Eyes Coin (BIG) is a community-based token that was created with a mission to generate wealth and also give back to the community through charity and real-world events. At the core of its values is the strive to give back as much as possible. Big Eyes Coin (BIG) will leverage both the tie it has to a viral meme and the cuteness it possesses to generate wealth for its users.

**The platform’s native token is BIG.

Alongside meme coins like Dogecoin and Shiba Inu, Big Eyes and meme coins, in general, have changed how people view the crypto industry as a “stiff” and mostly financial industry. The existence of meme coins will help other individuals who have found it hard to get into crypto before getting in more easily, as meme coins will be a relative and easy way to understand the blockchain industry.

Finally, since their creation, meme coins have not stopped being a great innovation and will continue to evolve along with the exponential growth of the crypto industry.

India’s central bank governor calls for ban on crypto, compares it to gambling