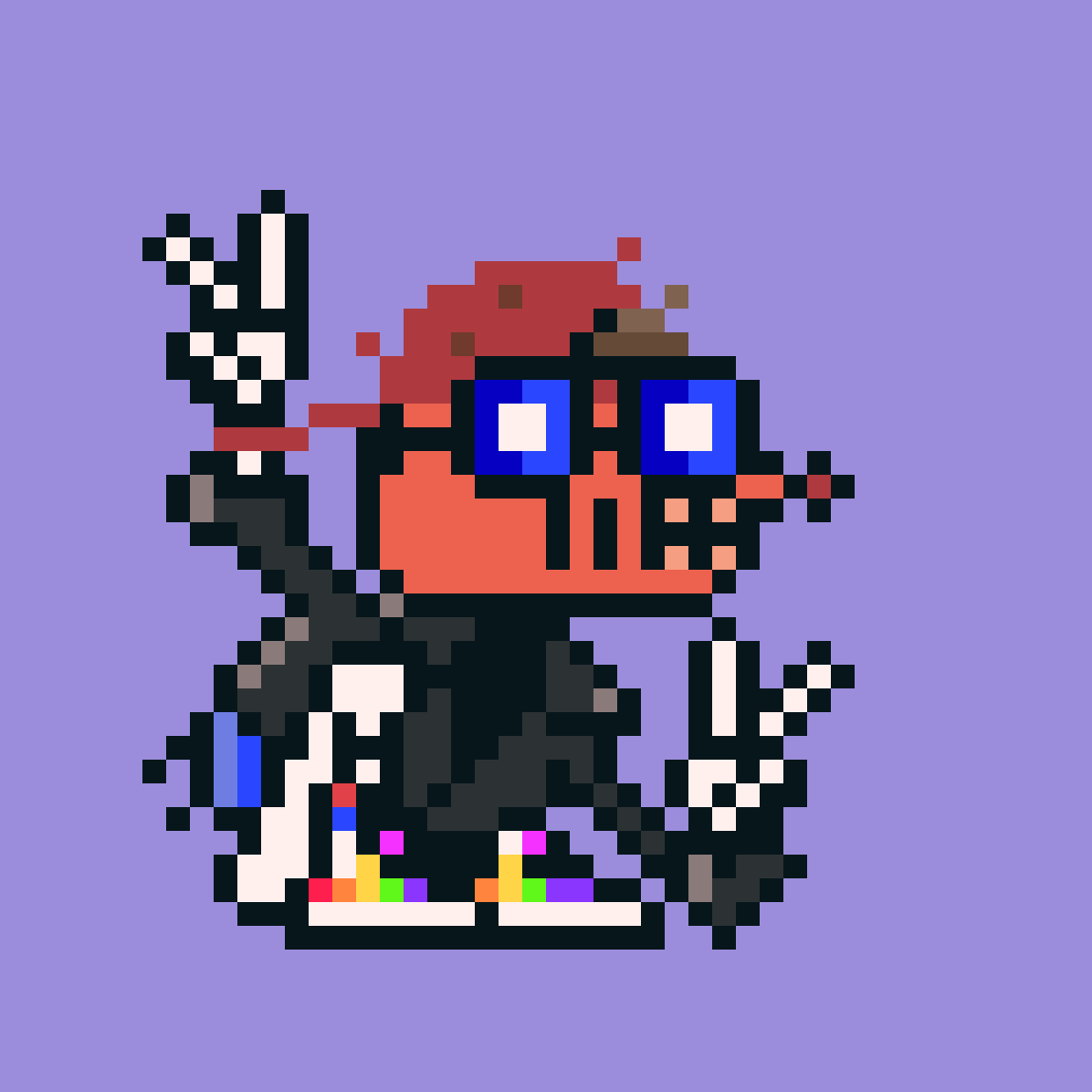 Unfortunately, the “crypto bro” stereotype is not wholly without traction. As of writing, most people active in the Web3 space are men, and the NFT space should be doing more to uplift black artists.

But now, Web3 companies are paying attention. Some even appear to be undertaking policies focused on accountability. And Proof is one of the most prominent Web3 players attempting to do just that.

If you haven’t heard of the group, you certainly know their work: Proof is the brand that manages Proof Collective, the exclusive members-only NFT community behind projects like Moonbirds, Oddities, Grails, and others. Recently, the company announced that it had welcomed seven Web3 organizations into the Moonbirds community by gifting them 400 Oddities NFTs, according to information shared with nft now via Amanda Gadbow, Head of Culture and Community at Proof.

In an effort to better align with the values of diversity, equity, and inclusion that the broader NFT community has criticized the group for lacking, the Proof selected Endaoment, Unicorn DAO, 50mm Collective, [email protected], Human DAO, Deca, and BFF to be the recipients of the NFTs.

The 400 Oddities that Proof gifted to the organizations, whose missions all center around philanthropy and equal opportunity for historically marginalized groups, came from 400 Mooonbirds holders who hadn’t “nested” their NFTs and were, therefore, ineligible to receive an Oddity.

Nesting a Moonbird simply means “locking” the NFT and making it untradeable. Staking a Moonbird NFT is one way that Proof incentivizes its NFT holders to stick around and actively participate in the community.

“One of the criticisms we get is that, because we didn’t go through the normal allowlist process for Moonbirds, the only people who knew that [the collection] was coming was anybody who was really dialed into the Proof network,” explained Gadbow in an interview with nft now. “And it was a very narrow scope of people who were able to see that. And oftentimes, that narrow group of people all kind of look the same — they’re all usually white males.”

Gadbow elaborated that, as a global brand that values diversity, Proof Co-Founder Kevin Rose brainstormed on ways to address these concerns and accomplish the company’s internal goals of making their NFT community as varied and uplifting as possible.

“When I joined the company, I took in all of the comments, all of the commentary, all the criticisms and said, ‘Let’s actually lead with some of these community initiatives,’” continued Gadbow. “There are a vast number of ways to do that — this NFT gift was one of those ways.”

The move could be an encouraging step toward aligning a collection from one of the most exclusive organizations in the NFT ecosystem on more inclusivity standards. With the help of co-founder Justin Mezzell and the rest of the Proof team, Proof has turned into an absolute juggernaut of a Web3 player. Moonbirds launched on April 16, 2022. The collection took the NFT world by storm, launching itself into the top 10 highest-grossing NFT projects of all time less than a week after its release.

When asked how she identified the seven Web3 communities to which Proof donated the Oddities, Gadbow said she wanted to make sure the company chose groups that are genuinely dedicated to making Web3 more accessible to marginalized communities.

“Before I started working at Proof, I co-founded a small group called Token Club, which is focused on lifting up and empowering marginalized communities in the space,” Gadbow said. “The idea of making Web3 more accessible for women is something that’s super important to me. I took time to make sure these seven communities [inhabited that spirit].”

Gadbow is well aware that the gifting could come across as a one-off public relations stunt to create the optics Proof needs to avoid further criticism of this kind. But she believes this simply isn’t the case.

“The ultimate goal is to expand our network and to create more awareness of our brand,” said Gadbow. “One of the bigger things that we’re doing is ensuring that we continue to have a relationship with all of these members.” Namely, [email protected], which “is a group of black builders in the space. By bringing them into our world, we were able to take a look at some of the [Web3] tools that community was building, and now we have meetings to explore how we might be able to use some of those tools in our community as well.”

Gadbow also said the company has seen promising signs of collaboration and interaction in the few weeks since Proof gifted the seven organizations the Oddities.

“Watching people come in has been so cool,” Gadbow noted. “One of the chats that we have in our Moonbird Lounge is called Ladybirds. And to be able to see all of the BFF folk come in and get so embraced. We don’t have too many women in Moonbirds. But they want to be able to grow and expand their reach. And now we have more people who [otherwise] wouldn’t have had the opportunity to come in.”

Crucially, she continued, the idea is for the community to expand and pay it forward. Proof plans to keep the communication channels open and ask these seven communities to be on the lookout for still more communities in the Web3 space that they believe are doing good work. Through these partnerships, Gadbow explained, the company would like to help build out alternate NFT spaces that “we just don’t normally see.”

Whether Proof makes good on its promises to embrace diversity in the long run remains to be seen. Regardless, as a new global infrastructure for the internet, Web3 needs more diversity initiatives, which means we need more people like Gadbow, who acknowledge that small steps forward on these issues are pivotal to changing the larger picture for the better.

Will BONE Double in Price Before Shibarium Launch?

Polygon (MATIC) Displays a Bullish Continuation-Is it Heading for a Breakout Beyond $1.3?

Twitter is working with Stripe Payments to provide a “Coins” feature