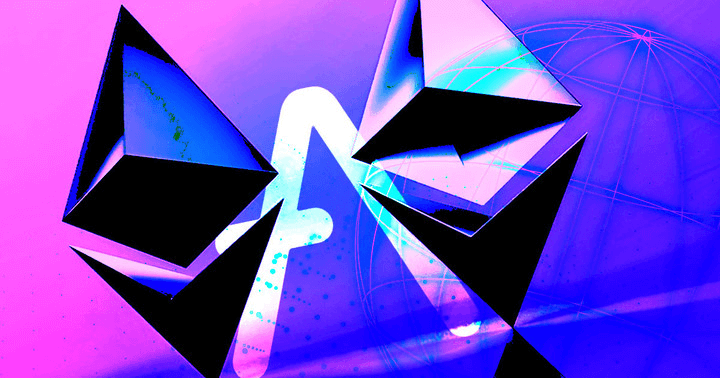 DeFi protocol Aave has requested its token holders to participate in an Aave Request for Comment (ARC), requiring them to commit to Ethereum’s (ETH) POS merge.

Aave Companies have proposed this ARC that calls for the Aave DAO to commit to selecting the Ethereum Mainnet running under the Proof of Stake consensus https://t.co/eDGwjLFKz7

According to the document:

“The Aave DAO to commit to selecting the Ethereum Mainnet running under the Proof of Stake (PoS) consensus over any Ethereum fork running an alternative consensus.”

The August 16 proposal would formally decide that the DAO’s deployment on the Ethereum PoS mainnet “is ‘the canonical’ governance of the Aave DAO and markets.”

It will also give the community the guardian power to shut down Aave Deployments on any Ethereum hard fork post-merge.

According to the post, the Aave protocol code would be fully functional on Ethereum PoS. It was revealed that Aave V3 deployments on Ropsten and Goerli testnets were successful.

Meanwhile, the ARC document also stated that protocol developers believe that no Ethereum fork running on an alternative consensus can effectively sustain a viable Aave market.

“To ensure (the) continued existence of the protocol for the community, the Aave DAO should consider signaling strongly that the Aave Protocol should commit to the Ethereum Mainnet, running under Proof of Stake consensus.”

The vote outcome is expected to show the DAO members’ consensus on the Ethereum transition to PoS.

The highly anticipated Ethereum Merge will see the Ethereum mainnet transition from a proof-of-work (PoW) consensus to a proof-of-stake network. While many within the Ethereum community look forward to this, it has generated lots of drama as some have considered PoW hard forks after the merge.

Aave is one of the biggest DeFi platforms and has the third-largest market cap among DAOs. The protocol started on the Ethereum mainnet, and the total value of assets locked on it is $5.44 billion. It has also deployed on networks like  Polygon (MATIC), Avalanche (AVAX), Optimism, Harmony, and Fantom (FTM).

India’s crypto tax could cause CEXs to lose $1.2T trading volume by 2026