A crypto collective tried to get regulatory OK for tokens. It didn’t go well 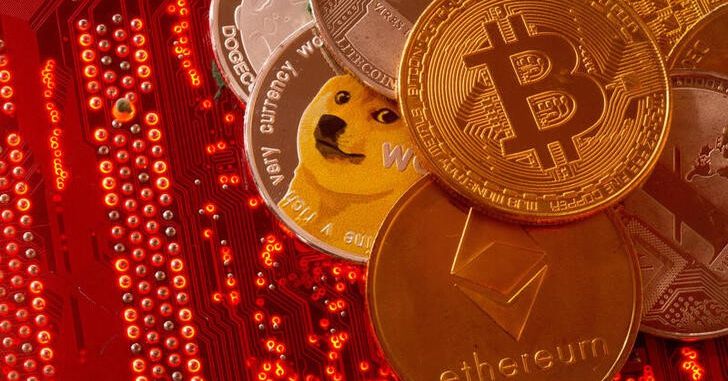 (Reuters) – American CryptoFed DAO LLC, which says its mission is to create a blockchain-based monetary system “with zero inflation, zero deflation and zero transaction costs,” is a rarity among crypto collectives: It actually sought out regulation, not only registering as a decentralized autonomous organization, or DAO, under Wyoming law but also seeking approval from the U.S. Securities and Exchange Commission for the tokens it planned to offer to prospective members.

The DAO’s reward? On Friday, the SEC announced its second administrative proceeding against American CryptoFed, accusing the DAO of filing a misleading registration form for a proposed public offering of its tokens under the Securities Act and of refusing to cooperate with the SEC’s investigation of the offering materials.

The crypto industry is facing more scrutiny than ever after the stunning collapse of the seemingly stable FTX exchange. The SEC’s scrutiny of the Wyoming-registered DAO, which dates back more than a year, is unrelated. But the commission appears to want to make an example of American CryptoFed. The DAO tried to withdraw the allegedly misleading offering registration in June, after months of fighting with the commission, in a previous administrative proceeding, over the DAO’s attempt to register its tokens, known as Locke and Ducat, under the Securities and Exchange Act. The SEC allowed American CryptoFed to withdraw the Exchange Act registration, but refused to allow the DAO also to withdraw the allegedly misleading public offering documents for the Locke and Ducat tokens.

That refusal, said Daniel McAvoy of Polsinelli, who has been tracking American CryptoFed’s entanglement with the SEC, indicates that the commission is trying to use the case to set precedent for the policing of DAO token offerings.

American CryptoFed is not represented by counsel in its dispute with the SEC, and its CEO Marian Orr did not respond to my email query about the new SEC administrative proceeding. The SEC, which announced on Nov. 10 that it was blocking registration of both of the DAO’s proposed tokens, declined to comment on the new case against American CryptoFed. (The SEC’s enforcement division said in an Aug. 9 filing that its first administrative proceeding against the DAO, which alleged a false or misleading Exchange Act registration statement, was mooted by the commission’s decision to accept the DAO’s withdrawal of that statement.)

CEO Orr previously told Reuters that the alleged registration filing deficiencies cited by the SEC stem from inherent differences between DAO tokens and traditional securities regulated by the commission. “These are attributes that the two tokens (Locke and Ducat) of a decentralized blockchain-based CryptoFed DAO monetary system will never have,” Orr said.

That’s precisely the Catch-22 for DAOs, said McAvoy of Polsinelli. Federal regulators have an expansive view of their authority to regulate cryptocurrencies. The SEC, as you know, has brought a plethora of enforcement actions over tokens it regards as unregistered securities. The Commodity Futures Trading Commission has flexed its regulatory muscles in a lawsuit to rein in a DAO that it has accused of operating as an unregistered derivatives exchange, in deliberate defiance of U.S. regulatory oversight.

But according to McAvoy, existing securities laws — even those intended to protect investors — aren’t necessarily relevant to DAO token holders. Prospective DAO members in a crypto collective that does not offer token holders any right to share in profits, for example, might not be concerned about seeing the DAO’s audited financial statement, McAvoy said, yet the SEC requires those disclosures as a condition of registering securities.

By attempting to register its tokens, even as it insisted that the tokens were not actually securities, McAvoy said, American CryptoFed seemed to want to test a framework proposed by SEC Commissioner Hester Peirce in a 2020 speech highlighting a quandary for crypto enterprises. Crypto companies are afraid to issue tokens that are subject to securities laws, Peirce said, but cannot mature into truly decentralized blockchain networks unless their tokens are widely distributed and freely transferable. She proposed a safe harbor in which token issuers would provide robust public disclosures tailored to crypto investors’ concerns in exchange for a three-year grace period exempting tokens from registration under the federal securities laws.

American CryptoFed got no such leeway. Instead, the SEC has said for a year, first in the Exchange Act registration case and now in the new proceeding under the Securities Act, that the DAO’s filings are misleading on their face. As the commission said in Friday’s order initiating the new administrative case: “The registration statement states that the Ducat and Locke tokens are not securities, which is inconsistent with the statement identifying those tokens as ‘securities to be registered,’” the SEC argued. “Regardless of whether the tokens are securities, one of the statements must be false.”

DAOs are a new kind of entity. Courts and regulators are still trying to figure out how to deal with them, as we’ve seen from the controversy over the CFTC’s plan simply to serve notice of its lawsuit against the Ooki DAO. In that case, regulators reiterated last week, in response to amicus arguments that DAOs cannot be sued as a collective, that they regard these entities as unincorporated associations that can be notified of litigation through long-recognized alternative means, including a website discussion forum.

The SEC’s new proceeding against American CryptoFed, said McAvoy, adds to existing disincentives for these new entities to attempt to register their tokens. It would be folly, after FTX’s stunning downfall, to argue that the crypto industry is underregulated. But when it comes to DAO tokens that only give members a say in governance, rather than a right to share in profits, the best solution, in McAvoy’s view, would be legislative tweaks that require DAOs to provide disclosures, but not to register their tokens as securities.

Opinions expressed are those of the author. They do not reflect the views of Reuters News, which, under the Trust Principles, is committed to integrity, independence, and freedom from bias.

Alison Frankel has covered high-stakes commercial litigation as a columnist for Reuters since 2011. A Dartmouth college graduate, she has worked as a journalist in New York covering the legal industry and the law for more than three decades. Before joining Reuters, she was a writer and editor at The American Lawyer. Frankel is the author of Double Eagle: The Epic Story of the World’s Most Valuable Coin.