in NFT News
Reading Time: 12 mins read
A A

Even though we’re in a bear market, the buzz around NFTs is still going strong, especially since 2021 was the year of perpetual market growth. It was an interesting year for top NFT projects to evolve from ground zero to the apex and maintain their stride.

NFT collectible projects greatly differ from NFT art or any other kind of NFT in that the projects are large scale and the art is programmatically generated. In fact, NFT collectibles became so popular in 2021 that they surpassed NFT art sales. So, let’s take a look at the top NFT projects and what they’re all about.

One of the top NFT projects is the Bored Ape Yacht Club, developed by Yuga Labs. Yuga Labs was co-founded by Greg Solano and Wylie Aronow, who later brought in Zeshan, and Kerem. The quartet designed the club, which houses a collection of 10,000 unique Bored Apes on the Ethereum network. Each Bored Ape is not just an avatar or NFT; it also represents a membership card that allows its owner or holder to access the club’s benefits restricted to members alone.

Each Ape is uniquely and programmatically produced from various possible traits or features like wearables, expression, and so on to mark its rarity. Currently, BAYC has an estimated market cap of 891,754.9ETH. 6,439 owners currently hold the 10,000 NFTs in the collection.

Another top NFT project is the Mutant Ape Yacht Club, an extension or offshoot of the BAYC. Being an offshoot of BAYC, it was also created by the same Yuga Labs that minted a collection of 10,000 unique mutant NFTs. As a show of gratitude to the BAYC community, each BAYC holder received mutant serum as an airdrop to be used on their Bored Ape to mint a Mutant Ape that retains core attributes of the original Bored Ape. This mutation didn’t affect the Bored Ape as it only mirrored its features to freely create or mint a mutant version of it.

CryptoPunks is another top NFT project developed by Larva Labs, which was co-founded by Matt Hall and John Watkinson in 2017. CryptoPunks is a collection of 10,000 unique NFTs, most of which were given out for free. When the collection was minted, Larva Labs kept 1,000 pieces for themselves and gave out the remaining for free, provided the claimant offset the gas fee. The remaining pieces were swiftly claimed, leaving investors and enthusiasts to purchase from claimants if they wished to acquire them.

Also minted on the Ethereum blockchain, it currently has an estimated market cap of 699,124.08 ETH with 3,570 owners and a recorded sale of over $2 billion. Yuga Labs acquired Larva Labs in March 2022. 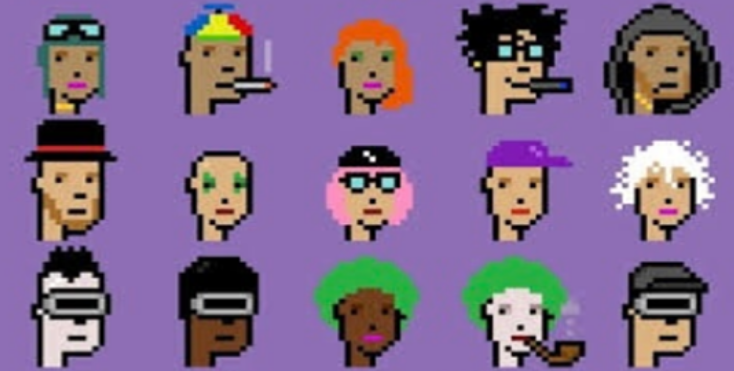 Another top NFT project is the Moonbirds, created by Kevin Rose and Justin Mezzell in April 2022 as part of his newly established Proof Collective – a collective of NFT collectors and artists, strictly members-only. It is a collection of 10,000 NFTs that were released in three batches. 2,000 NFTs were reserved for Proof Collective members holding the 1,000 Proof membership pass NFT before the public sale.

7,875 NFTs were sold to the public through a whitelist, while the admins held the remaining 125 for marketing and other purposes. Moonbirds became a top NFT project by making about 19,687 ETH from the public sale of 7,875 NFTs alongside the over 100,000 ETH made in secondary sales days after its launch. 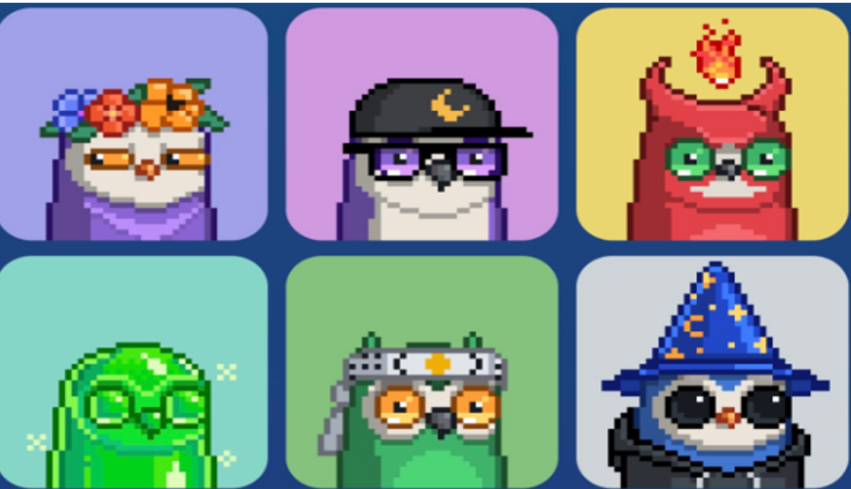 Meebits is another top NFT project created by Larva Labs. They are a collection of 20,000 unique 3D-voxel characters used in the metaverse as avatars. The seven types of 3D-voxel characters in which voxels appear are humans, Skeleton, Pigs, Elephant, Robot, Visitor, and Dissected. It currently has an estimated market cap of 170,591.7 ETH with 6,546 owners.

Doodles is another top NFT project co-created by Evan Keast, Scott Martin, and Jordan Castro in 2021, with a collection of 10,000 generative NFTs. Keast and Castro have been in the NFT community for a while, so they toe the lines of Bored Apes, CryptoPunks, and Cool Cats by mixing their traits randomly to create a Doodles collection.

The Doodles ecosystem contains live humans, apes, skeletons, cats, aliens, pickles, and others, with skeletons, aliens, apes, cats, and mascots reselling for higher amounts than others. The recently launched Space Doodles, which allows Doodlers to claim their space Doodles for free. These Space Doodles have a unique appearance and competencies within their respective spacecraft. Doodles currently has an estimated market cap of 112,473.21 ETH with 5,230 owners.

Another iconic top NFT project is the Clone X NFT, a unique collection of 20,000 NFTs designed by Takashi Murakami, a Japanese artist. The collection was jointly launched on Ethereum by Nike’s RTFKT and the artist. They are designed to interact in the metaverse and come with a feature that allows users to customize their NFTs to whims.

The 20,000 clone collection has eight DNAs ranging from humans, robots, reptiles, angels, demons, undead, Murakamis, and aliens. Clones are rare and valuable avatars designed to represent any race, skin tone, or gender of your choice in the metaverse. The entire piece of the collection was sold on the launch date, and it currently has an estimated market cap of 191,732.93 ETH with 9,465 owners. 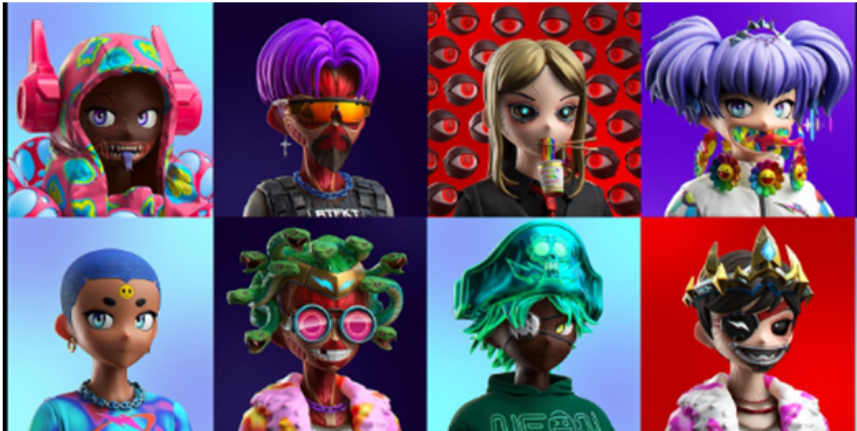 Cool Cats represents another top NFT project where each cat has unique traits like body, outfit, face, hats, and lots more. It is a collection of 9,999 randomly generated NFTs whose rarity is characterized by Cool, Wild, Classy, and Exotic. It was co-created by Tom Williamson, Evan Luza, Rob Mehew, and Colin Egan and launched in July 2021. Its trading volume exceeded $300 million by April 2022.

In September 2021, Cooltopia – the Cool Cats ecosystem – announced Cool Pets and a $MILK token which immediately doubled the market prices of Cool Cats NFTs. Cool Pet is a collection of 19,999 NFTs where half of their supplies are reserved for Cool Cats holders. In terms of sales, Cool Cats ranks the 11th largest NFT project as of March 2022. It currently has an estimated market cap of 30,876.47 ETH with 5,600 owners. 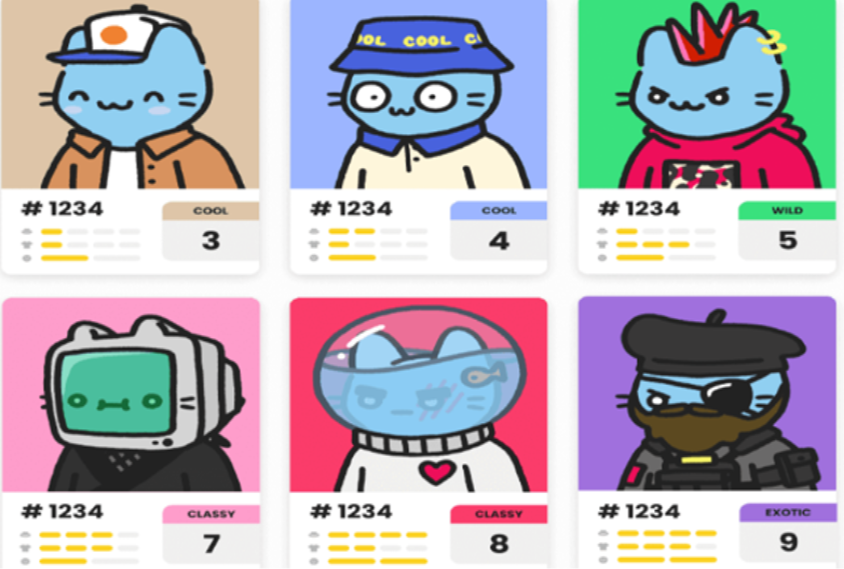 World of Women –WoW– is another top NFT project aiming to create opportunities for women in the Web3verse. It is a collection of 10,000 NFTs, of which 200 were drawn by hand by the artist and co-founder Yam Karkai. The project was launched on July 27, 2021 and sold out within 10 hours, recording a trading volume of 745 ETH a month after.

Karkai and her WOW team extended their community by launching the World of Women Galaxy in March 2022. It is a new collection of 22,222 NFTs modelled from the WoW NFTs. The WoW project aims to pluralize NFTs’ domain with women inclusion as it drives towards Web3. It currently has an estimated market cap of 35,188.97 ETH with 5,526 owners. 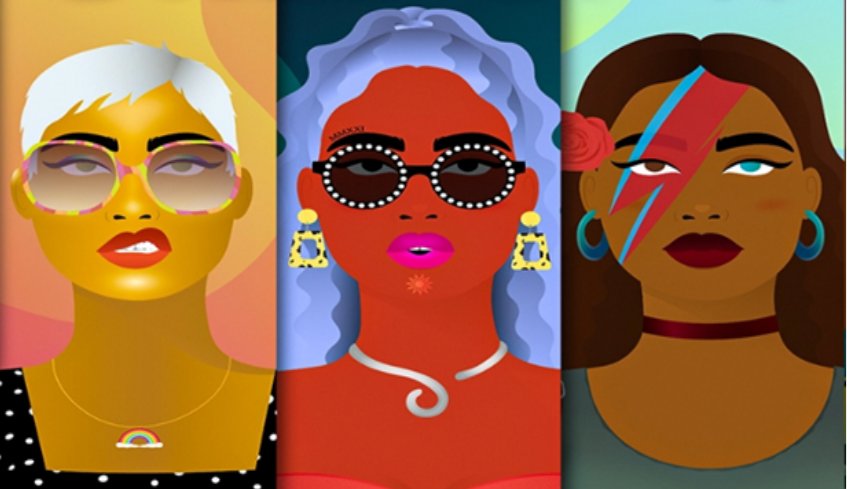 One of the things that made Azuki another top NFT project is its amazing launching event. Azuki sold 8,700 NFTs within four minutes of launch during their public sale and made almost 8,700 ETH. Currently, it has an estimated market cap of 102,874.89ETH with 5,094 owners. 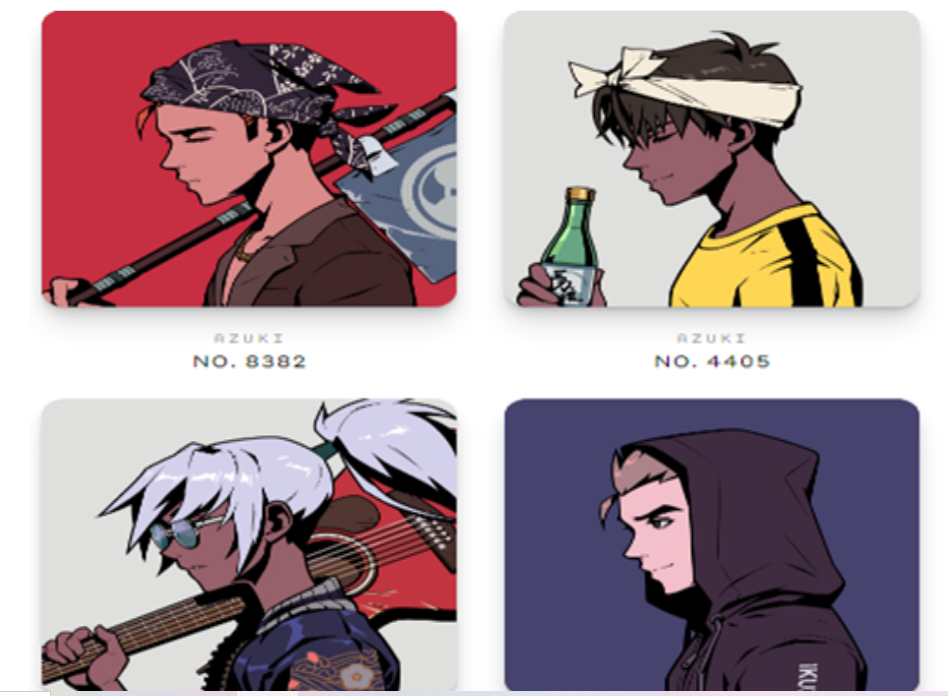 NFTs are remarkable blockchain projects that represent physical objects, environments, and experiences in the digital world. Due to continuous growth in the blockchain/crypto industry, enthusiasts are anticipating more interesting and novel NFT projects from developers and creators.

Technical writer, an enthusiast for everything blockchain and decentralized world.

The biggest — and maybe the best — financial resolution for 2023